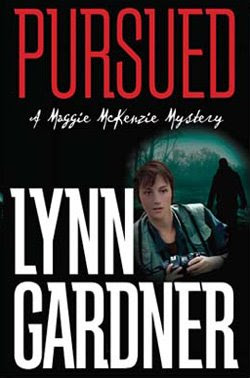 In an attempt to discover the truth about what really happened to her two brothers who were declared dead at birth, newspaper editor Maggie McKenzie has signed on for more of an adventure than she bargained for.

What begins as a much-anticipated fact-finding trip to England quickly turns into a dangerous escapade as Maggie is forced to run for her life after she inadvertently gains possession of an innocent-looking flash drive. The tiny device contains details of a terrorist plot to destroy major London landmarks.

When she realizes that someone she knows is involved with the malevolent plot, it becomes time to make her solo mission a family affair—even though it seems that most of the family members she has met in England would like to see her gone.

Hold on tight with sleuth Maggie McKenzie in a pulse-pounding thrill ride through the United Kingdom as she discovers that when it comes to long-lost relatives, what you see isn’t always what you get.

One response to “Pursued by Lynn Gardner”