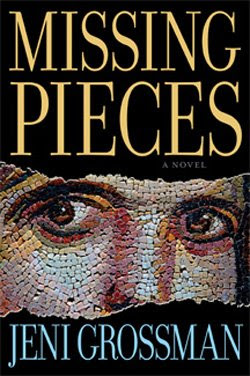 CNN reporter Dulcey Moore kisses her children goodbye and flies to the Middle East to document history in the making: the excavation of a magnificent golden goddess statue in the fallen city of Zeugma, Turkey. Yet when terrorists attack her entourage, a perilous political plot is revealed. Al Qaeda henchman Aboud is hunting the statue to fulfill an ancient prophecy that would grant the extremists ultimate power over Islam. The CIA has gone undercover in Zeugma to prevent this coup. The safety of the free world now hinges on the fate of the golden goddess-and the excavation hinges on the cooperation of Americans and Turks. With the help of native guide Asena, Dulcey navigates the power struggles and cultural clashes that arise as the dig progresses. But as tensions mount outside and inside the excavation camp, she struggles to distinguish friends from enemies. In a pulse-pounding race to secure the goddess, Dulcey learns the value of honor, family, and heritage as she risks her life to preserve her most precious treasures.

One response to “Missing Pieces by Jeni Grossman”