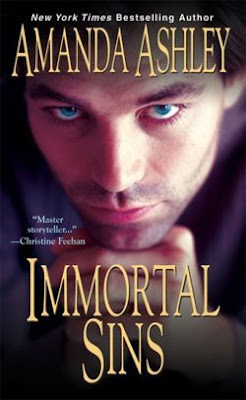 Three centuries ago, vampire Jason Rourke succumbed to temptation with a wizard’s lovely daughter – and that brief taste of pleasure earned him a powerful curse. Trapped within a painting, unable to quench the hellish thirst that torments him, Jason has given up hope of escape until Karinna Adams purchases the painting and unwittingly frees him. At first, Jason plans only to enlist Kari’s help in navigating this strange new world so he can find and punish the wizard who entrapped him. But Kari’s enticing sensuality and innocence incite a growing need in Jason to touch and taste her, to possess her utterly. For the gulf between them – and the danger that awaits – is nothing compared to a potent, primal hunger that will last for all eternity…

« Singer of Lies by Michael R. Collings
The Perfect Murder by Brenda Novak »