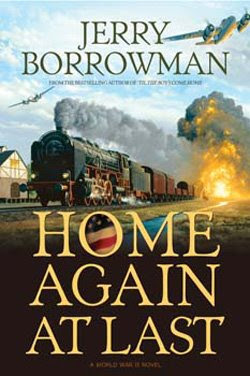 Britain has been battling the Second World War for three discouraging years. Nazi Germany is at the pinnacle of its power. But now, with the Americans drawn into the monumental conflict, a critical turning point has been reached. First Lieutenant Michael Carlyle is being transferred from captaining a motor torpedo boat close to home in the English Channel to fighting against the Germans and Italians in North Africa.

As Michael fights on the unforgiving Mediterranean shores of North Africa and the rugged countryside of Italy and Southern France, his father, Lord Philip Carlyle, undertakes a special diplomatic mission to Washington, D.C., and the White House. His hope is that he can ease the burdens of the American soldiers who must pass through Britain on their way to the liberation of Europe. Little does Phillip know that his son and family friend, Jules Ellington, are on a mission that places their lives in mortal peril.

Experience drama and heroism in this poignant and exciting chronicle of the greatest conflict in human history—a story of how America and Britain worked in a unique and enduring partnership to secure freedom in the war that forever changed the world.

« Fablehaven: The Grip of the Shadow Plague by Brandon Mull
Silhouette by Nancy Cratty »