Last sorcerer on earth, Alexander Limont has flung himself to the year 2083 where monsters have nearly killed out the entire human race. Using both magic and science, he has devised a way that will give the last stragglers of mankind the leverage they need to fight off the beasts and rebuild.

However, he couldn’t have prepared himself to find his own heart beneath an ugly cap and the fragrance of cherries in the form of a slip of a lass who complicated his objective. Or that his greatest danger lurked near her, coiled to spring…and not only ruin mankind’s chance for survival, but take Alexander’s life as well. 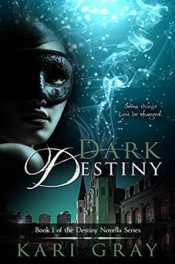