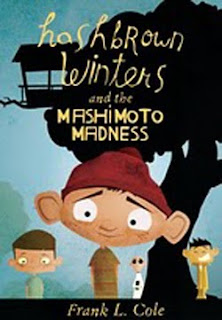 Series: The Adventures of Hashbrown Winters

All Hashbrown Winters ever wanted was a simple life: a treehouse full of buddies, enough marbles to keep him occupied at recess, and a Brody the Ape-Slayer action figure with authentic ninja throwing stars. But everything changes when Hi Mashimoto starts a rival club and threatens to take Hashbrown’s place as the kid with the coolest treehouse at Pordunce Elementary.

This hilarious follow-up to The Adventures of Hashbrown Winters

reunites all your favorite zany characters and introduces plenty of new ones. You’ll never believe the trouble Hashbrown gets into this time.

will have your whole family laughing out loud—it’s a perfect read for pranksters of all ages.