2848: In 2037 the Freemen set out from Earth on the twenty mile long Ark in search of a new planet to inhabit. Now, over 800 years later, the Ark arrives at its destination as an abandoned wreck drifting through Altair’s system and toward deep interstellar space. Where did the thousands of passengers go? And who wrecked the Ark and why?

From the deck of a crude raft Ying-Tai, Dex, Tima, Gekko, Otis, and Ming watch helplessly as their only hope for survival sinks below their new home’s sand sea. Alongside a few survivors of the Ark, Ying-Tai and her crew now find themselves stranded on the third planet of Altair’s system. Somehow she must persuade the Ark survivors to form an alliance and help find their kidnapped friends, Boog and Doc, and the precious yellow pills before she and her friends become a banquet for the moon mite parasites dormant within each of their bodies.

The supposed new home planet in the Altair system is full of surprises for the new arrivals. Their strange new home has static charged deserts that behave like seas and skies filled with bubble-like masses of water. And that’s just for starters. The inhabitants of their new home are far more menacing.

Freedom comes at a price… always! 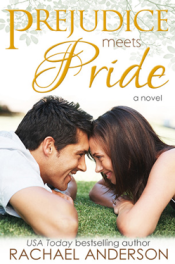