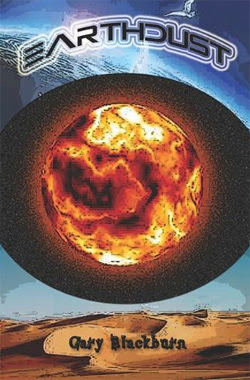 Escaping death from a roadside exploding car, Aaron James retrieves, from a dying college professor, a mystery disc containing secret information about the future of Planet Earth. A quick goodbye to his fiancée, Laura, Aaron races his Z400 to Utah, while evading arrest by Dickson, the Civilian Protector District Captain. Aaron and best friend, Lee, break the password code on the disc and learn of Earth’s impending disaster, too late to stop a gigantic meteor from striking the Sahara Desert causing massive worldwide destruction while sending a giant mushroom dust cloud into the sky, encircling the earth.

With the planet’s temperatures dropping, Aaron discovers this event, along with an abduction/hybrid process, is a conspiracy to subjugate the earth into a one-world government. A murderous firefight at his mountain cabin and an interplanetary trip with the beautiful hybrid Celeste, to The Pleiades begging for assistance, Aaron and Celeste have one last chance, in a battle against Shapeshifter forces, at their secret mountain location, to alter the dark destiny of the Earth.