When a rash of elderly deaths occur in Portland, Autumn Rain is called upon to use her ability to read emotions imprinted on physical objects in an attempt to track down the killer. The antiques shop owner and part-time police consultant is more than willing to go undercover to estate sales with detective Shannon Martin. After all, reselling antiques is her business, and spending time with the man she might be falling for is a plus.

But a chilling repeated imprint and a fiery near-death has Autumn rethinking everything she’s learned about her ability and what it has made her become. Crime boss Nicholas Russo is also back in town to claim the favor Autumn owes him. If she doesn’t pay, her life and those of her family will be at risk, but helping Russo might mean the deaths of other innocent people. Autumn has no choice but to find out for herself what’s really at stake before she gives him anything.

• The Eyes of a Stranger (Autumn Rain is a secondary character) 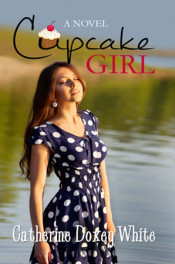