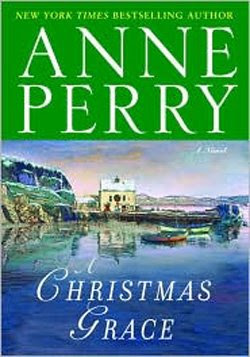 A few weeks before Christmas, 1895, Emily Radley, the sister of Charlotte Pitt (last seen with husband, Thomas Pitt, in Buckingham Palace Gardens), answers a summons from Father Tyndale, spiritual leader of a small Western Ireland community. The Catholic priest is concerned about Emily’s dying aunt, Susannah Ross, who’s been estranged from her family since marrying outside their Protestant faith. Once in Ireland, Emily finds her aunt’s entire village in the grip of fear, haunted by a secret. A shipwreck during a ferocious storm, the rescue of a young man from the sea’s clutches and another young man’s mysterious murder complicate Emily’s mission. Perry effortlessly evokes the region’s insularity and isolation while imbuing religious themes into a whodunit without being preachy.