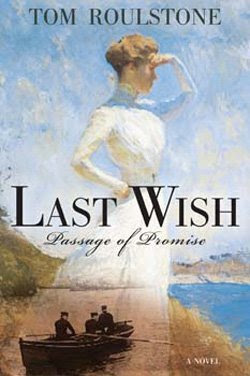 Ken drew his eyes from the grave and stared up at the gray outline of the Wasatch Mountains, etched into a cerulean sky. The mountains had always given him a sense of security, of permanence. But now with Karen’s death, they too seemed insubstantial.

As her health quickly fades, Ken Sanderson’s wife, Karen, pleads with him to remarry so he won’t be left to raise their children alone. But Ken can’t imagine living without his beloved wife of five years. When Karen dies, he wonders if he could ever let another woman take her place.

Struggling to move on with his life, Ken finds comfort in family, the gospel, and a longtime friend, Nell, an admired actress from London whose generosity has never been far away.

But that comfort quickly turns to fear when Ken finds out that Stephen Langton, the man who wants him dead, has escaped from jail. Now he’s after Nell, and Ken knows he’s the only one who can save her.

As Ken travels the world for Nell, he realizes that his feelings for her run deeper than he thought. But will Ken’s grief, Nell’s engagement to her pompous manager, and Stephen Langton’s deadly plots keep them apart forever?